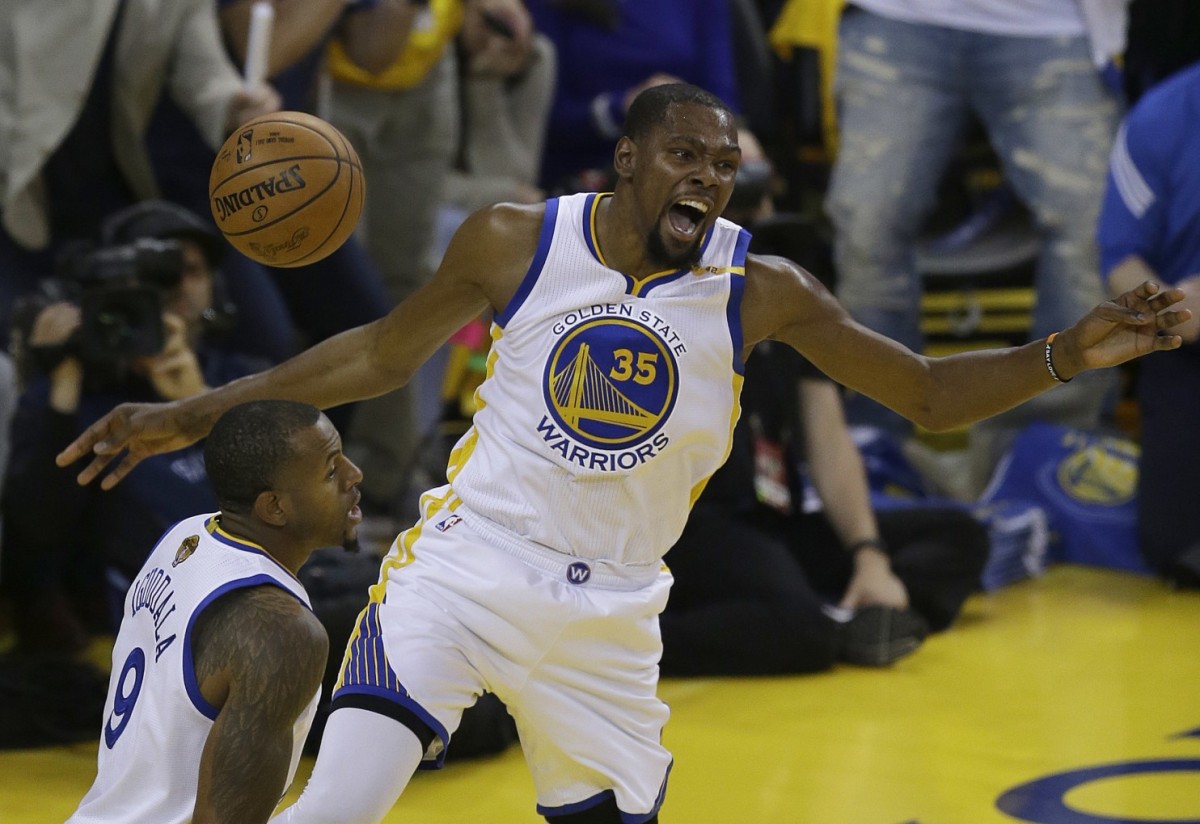 I, regrettably, did not pick the Golden State Warriors to sweep the Cleveland Cavaliers in the NBA Finals. I picked them in five, mostly due to Lebron James. I figured he would be able to steal a game somewhere. Unfortunately for Lebron, he can’t do it all himself.

After getting run off the court in Game 1, it’s pretty apparent that, barring injury or Mike Brown becoming….well, Mike Brown, we’re staring down a first championship for Kevin Durant. Side note, I love Mike Brown.

The Cavaliers have a lot to fix, but these are the most important things to a turnaround in the series for the Cavaliers.

I’m not entirely sure if the “Ignore-Kevin-Durant-on-Defense” gameplan was a smart choice. It felt like Durant ran down the middle of the court, unimpeded,  for a dunk about 204728974 times. Part of the problem is that Lebron is just not the same lockdown defender that he was at the peak of his prime. Lebron still has a step on almost everyone on the planet, but Kevin Durant is an alien. Similar to Russell Westbrook, Kawhi Leonard,  and other E.T.’s. Lebron can’t hang with Durant, but unfortunately he is probably the Cavs best option. Getting more length on Durant (Iman Shumpert) or someone to rough him up (Dahantay Jones, James Jones) would be the only option to give Lebron a break.

All that being said, the Cavs bench was awful. Deron Williams might as well have gone back to Brooklyn and the whole bench combined for 21 points, 5 less rebounds than Kevin Love alone, and 2 assists. This is where I think Lebron’s usage over the regular season and playoffs will bite Cleveland. Lebron and the rest of the starters are going to have two, maybe three guys that they can rely on for decent breaks. Kyle Korver has to step up, Iman Shumpert has to become a plus-wing defender and Richard Jefferson needs to travel back in time. Outside of those guys, I can’t see how you legitimately argue more than a couple minutes for anyone else.

3. Slow the Game Down

Trying to outrun the Warriors is a recipe for disaster, especially if the Cavs shrink their bench down. The Warriors are faster, smaller and younger than the Cavs. Slowing the game down and operating out of the half court will allow Cleveland to try to control the pace and get the starters some rest on the offensive end of the court.

Shrinking the bench gives Cleveland less options, but Tyronn Lue needs to get creative. Starting the same lineup, and then staggering Tristan Thompson and Kevin Love keeps Lebron at the 4 and closer to the basket. Using Lebron in a Draymond Green role on defense is probably their best bet to put defensive pressure on the Warriors and keep the games lower scoring.

5. Pull Draymond Green Away From the Basket

Conversely, cracking the Warrior code on defense requires removing the most important piece. When Green got in foul trouble early in the first quarter and had to come out of the game, Cleveland was able to take advantage and keep the game close. The biggest advantage Green gives the Warriors is playing close to the basket and sliding with help defense on anyone that comes into the paint. Going small and making Green guard a legit threat on the perimeter pulls him out of that role and opens up the lane. Green is the most important player for the Warriors and limiting his effectiveness is a must for Cleveland.